CMS will beat or match any comparable product and quote! When you provide us proof of competitive quotation.

Challenge coins are a metal medallion bearing an organization's insignia or custom logo. Popular mementos with the military, challenge coins are carried by a group's members to prove membership, enhance morale, and memorialize connections. Challenge coins can also be used as rewards for outstanding service and conduct, and are often sought after as collectibles. 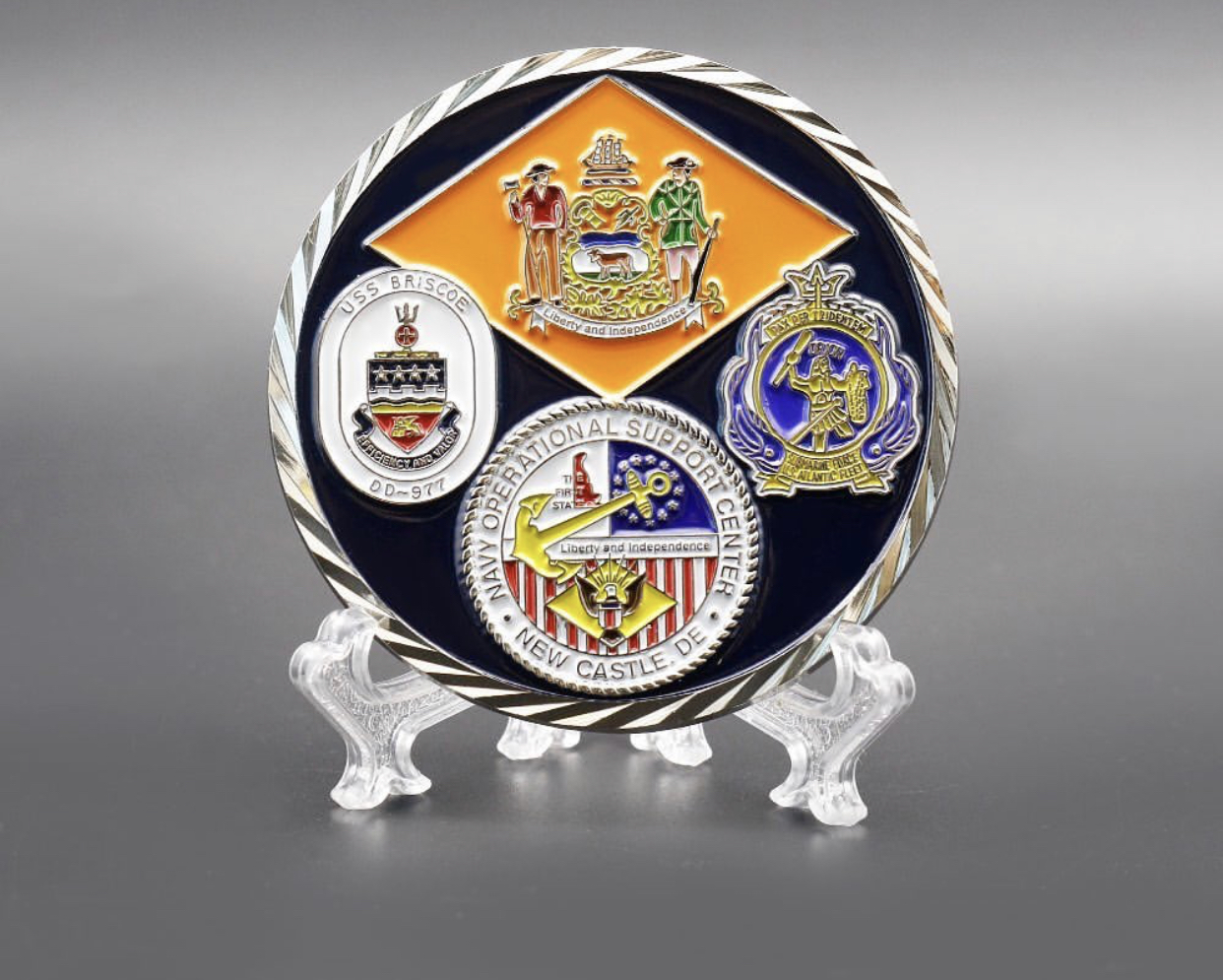 Coins are available in limitless sizes and thicknesses. A pocket coin usually measures 1-1/2"-2” in diameter by 0.1” thick. A presentation coin or medallion is traditionally 1-3/4” x 1/10”. 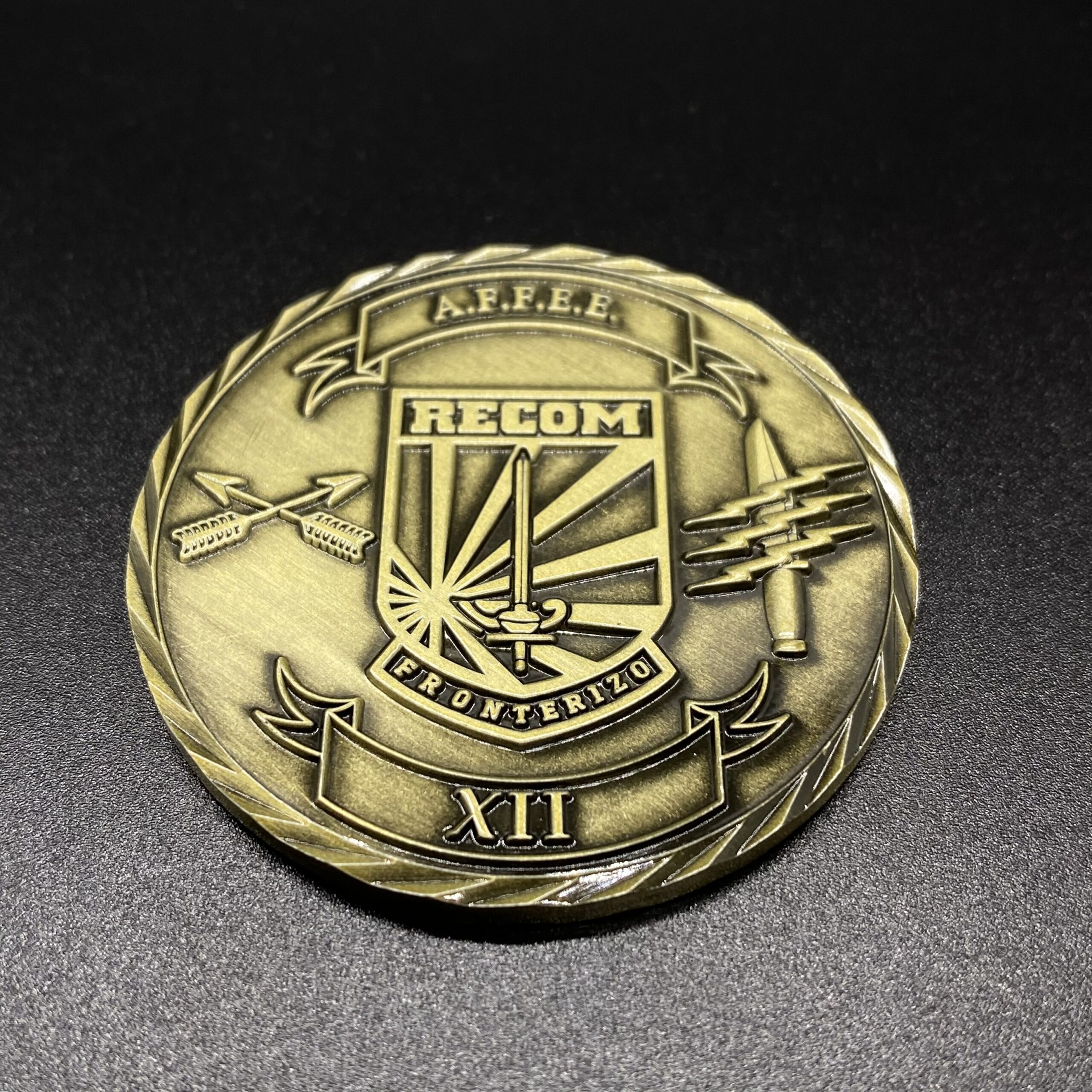 Legend has it that challenge coins originated when a wealthy WWI service member purchased medallions (or coins) for pilots in his squadron to boost morale and memorialize their bond. One of the pilots valued the gift, placing the coin in a pouch around his neck for safekeeping

The pilot was unfortunately shot down behind enemy lines, captured, and stripped of all identification in an attempt to prevent him from escaping. The pilot had extremely good luck, and was able to escape the enemy and get himself safely back into friendly territory.

Having no identification, he was unable to prove his allegiance; he was mistaken for an enemy saboteur and was slated for immediate execution. Desperate, he pulled the challenge coin from the pouch and showed it, hoping that someone would recognize his squadron’s insignia. With luck still on his side, his identification was confirmed and his life saved.

Upon safe return to his squadron, it became tradition for all members to carry their coin at all times. To this day, many military units, squadrons, departments, and agencies actively use challenge coins as a form of identification.

Packaging is available to increase your presentation of your coins

Our standard (included) packaging option is the PVC coin pouch. These envelopes serve the basic purpose of protecting coins during shipment.

Display and presentation in one small package. The acrylic coin box is not only dual purpose but does it with the added funcationality of keeping your coins dust and dirt free. These can be a bit fragile though, so are not the solution if you're looking for durability.

A touch of elegance for the most special occasions. The velvet box is an attractive way to present, deliver or store your custom coins. Exuding class, this presentation option effectively conveys how important the contents are. The velvet boxes are available in black, red and royal blue. Custom colors and printing are also available. These are best for large ceremonies and also for situations in which you have to mail a coin to someone. Packaging has a huge role in perceived value and adding gravitas.

These are a staff favorite and one of our most durable options. The coin capsule is the Swiss army knife of presentation options. When carrying your coin in your pocket, having a coin capsule protects the coin itself from your keys and loose change.

Our velvet bags are a great way to present coins and also serve the dual purpose of protecting a coin in a pocket or bag. The velvet bags come in black, red and royal blue and we can do custom dye lots and have imprinting options (including metallic).